Tesla energy is based on electricity, and the company does not just want to revolutionize our consumption pattern with personal electric cars. They have more than one string to their bow.

To accelerate the world’s transition toward renewable energy, Tesla offers :

Obviously, the first products that comes in mind are Tesla’s famous electric cars :  Model S, the chic and fast sedan; Model X, the luxurious SUV; Model 3, the safer and affordable sedan and the new version of the Roadster, the fierce sport car.

The Tesla Semi are 100% electric heavyweights that the brand will start to produce. This truck, expected for 2019, should have an autonomy of 800km and a super fast recharge enabling to recover ¾ of the battery in just 30 min.  The Semi has already captured several companies like Pepsico who has already pre-ordered 100 Semis or UPS with 120 Semis. 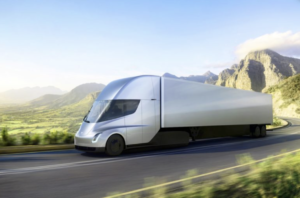 Solar Roof allows, for personal but also professional use, to transform solar energy in electricity. Four cover designs are available : textured, smooth, tuscan and slate. These tulles are guaranteed during the whole lifespan your house.

The Powerwall is a domestic battery that stocks the energy collected during the day, it will auto-charge the whole house whenever you want.

Each Powerpack is a continuous energy storage device that contains 16 battery pods, a temperature control system and hundreds of sensors that check and raise the battery cells performances. 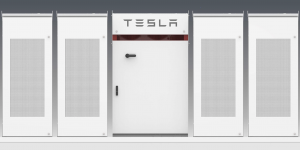 These 3 points, and also Solar Roofs, are products that Tesla consider as major actors in the world’s transition toward cleaner energy and for the decrease of global warming.